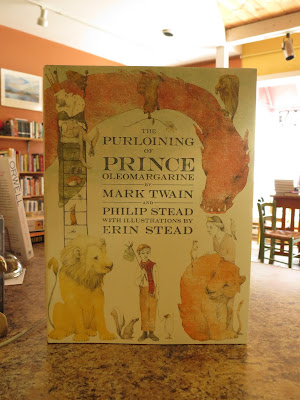 Here's what the publisher has to say about this new children's book:

A never-before-published, previously unfinished Mark Twain children’s story is brought to life by Philip and Erin Stead, creators of the Caldecott Medal-winning A Sick Day for Amos McGee. In a hotel in Paris one evening in 1879, Mark Twain sat with his young daughters, who begged their father for a story. Twain began telling them the tale of Johnny, a poor boy in possession of some magical seeds. Later, Twain would jot down some rough notes about the story, but the tale was left unfinished . . . until now.