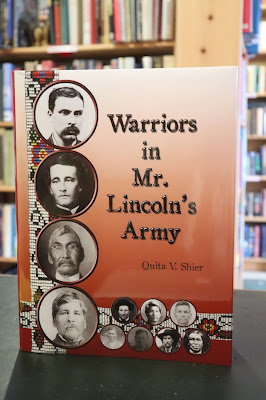 Warriors in Mr. Lincoln’s Army, by Quita V. Shier, to quote from the book’s dust jacket, “offers a comprehensive profile study of each officer and enlisted American Indian soldier in Company K, First Michigan Sharpshooters, who served in the Civil War from 1863 to 1865.” Many Native Americans served in the military during the Civil War, on both sides and in various companies, but Company K from Michigan was the only company with all and only indigenous enlisted men on its roster.

The author of this book has gathered together information from military service records, medical files, pension files, and personal interviews with descendants of some of the men profiled. A scrupulous researcher, she offers a detailed index, as well.

Since several of the men in Company K came from Leelanau County, Warriors in Mr. Lincoln’s Army is an important addition to local Leelanau history, as well as to Native American history, Anishnabe history, and the history of the State of Michigan. A large format, with generous typeface, line spacing, and margins also make for very readable text in the physical sense.

A New Children’s Book For Your Cottage 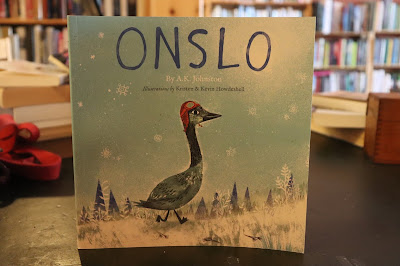 Twenty years ago A. K. (Kirk) Johnston told his own kids a story. They kept telling him it should be a book. Now it is.

Onslo is a goose who likes to read. He also has friends among the ducks. For both of these reasons, he is often teased by other young geese. But Onslo’s learning and friendships may come in handy someday. How might that happen?

This book will be all the more attractive to my customer friends in Leelanau Township in that the story is set right in our own backyard. You will recognize familiar places on the maps, although the name of a key lake may surprise you — remember, lakes and towns and islands in Michigan have had different names at different points in history. 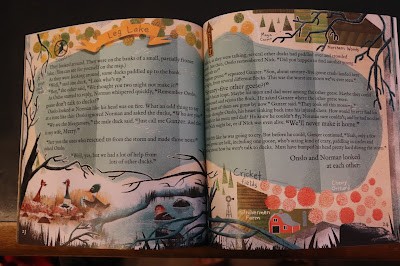 Illustrations complement the text beautifully. I particularly love Onslo’s little pilot cap (see book cover at top of post). There are a lot of words on each page, so adults or older children will probably want to help younger ones or maybe read the story to them. All will enjoy it. 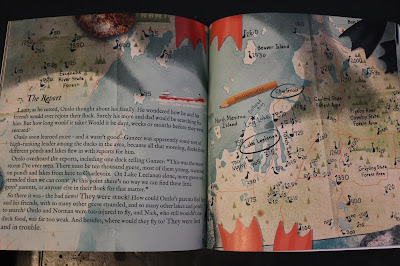 I’m happy to announce that Dog Ears Books is now carrying An Indigenous Peoples’ History of the United States, by Roxanne Dunbar-Ortiz (see my review here), winner of the 2015 American Book Award, and I look forward to stocking a new version of the book for young people that should be available before the end of July. There are over 500 federally recognized Indigenous nations in the U.S. today, and Dunbar-Ortiz gives us American history from their perspective.

Books about immigration, the frontier, and our southern border are one of my bookstore features this summer, beginning with a novel I’ve written about on my “Books in Northport” blog, Lost Children Archive, by Valerie Luiselli. Besides the plight of Latin American refugees, another focus of the novel is Apache history, so it connects with the history book referenced above. Tell Me How It Ends: An Essay in Forty Questions, also by Luiselli, also tells of child asylum seekers. 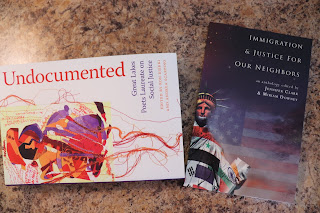 Two Michigan anthologies deal with immigration poetically. They are Undocumented: Great Lakes Poets Laureate on Social Justice, edited by, and. The latter collection presents prose memoir pieces, along with poems.

An Indigenous Peoples’ History of the United States
by Roxanne Dunbar-Ortiz
Paper, 296pp
$16

Tell Me How It Ends:
An Essay in Forty Questions
by Valerie Luiselli
Paper, 119pp
$12.95